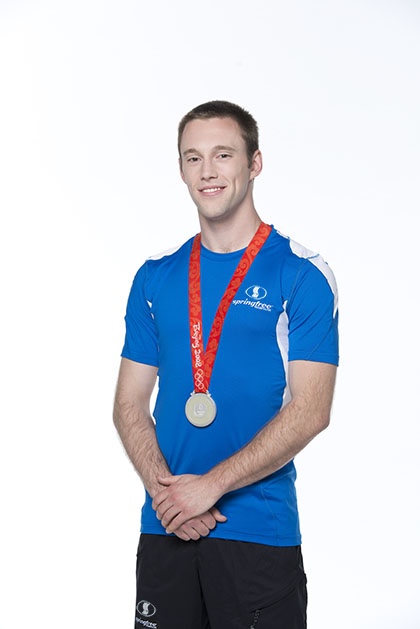 Jason Burnett’s parents enrolled young Jason in gymnastics classes as a way to channel their active son’s excess energy. At the end of each class, Jason was rewarded with a 15 minute jump on the trampoline. Naturally, the trampoline was always Jason’s favourite – it was only a matter of time before his parents found Airborne Trampoline for Jason to join so he could focus his energy on his favourite sport.

By the age of 10, Jason was hooked on the trampoline and his ‘go big or go home’ style had already begun to emerge.

Jason began competing at the national and international level as a youth athlete at the age of 14. Since then, he has competed in several countries and continents around the world as a senior athlete, shattering world records along the way.

At the 2008 Beijing Olympics, Jason was awarded the silver medal after completing the most difficult routine in the competition.

Jason attributes his success to hard work, determination and the support he receives from friends, family, coaches and his sponsor, Springfree Trampoline.

Jason is a recent graduate of the University of Toronto and is training for the Rio 2016 Olympic Games.